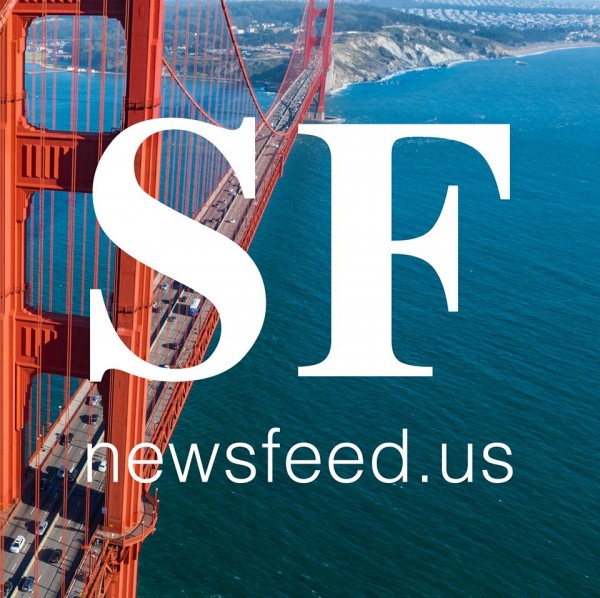 South Korea to the World, " Moon Jae-In Is #NotOurPresident...."

SEOUL, SOUTH KOREA (10/10)- South Koreans are gathering in number in opposition to the Moon Jae-In Administration, in the latest series of protests taking place in major cities across the country. South Korean President Moon Jae-in is being criticized over the growing division in his country following the controversial appointment of Justice Minister Cho Kuk. Reverend Paul Kim, president of World Evangelical Crusade of Harrisburg, Pennsylvania noted about the protests, "Now people are awakening. 5 million on October 3rd and 10 million people gathered together to protest against Moon Jae-In. It is a historical miracle that happened. The Right of Opposition of the nations shall make the Moon Jae-In Regime change...."

General Han, Sung-Joo ,president of Korea recovery coalition, noted about the protests, "The Korean patriotic people, the protests against Moon, know that Moon is North Korean and Chinese spy. So they are shouting "Moon is national enemy," which means "Moon should be removed."

Ae Ran Lee, founder of Liberty Post, Internet newspaper and Ae-ran Lee TV Youtube channel, noted, "We are protesting against Moon Jae-In and Justice Minister Cho Kuk. We want Moon Jae-In to resign and Cho Kuk to go to jail. The crimes they have committed are flagrant crimes against the Constitution and the people of South Korea. The protests show that 100X more people have come out against Moon Jae-In than at any other point in South Korean history, in an effort to protect South Korean democracy rather than listen to North Korean propaganda...."

Teresa Moon Chung, President and Korean and American Leaders for peace and Cooperation, noted ' There are tremendous millions amazing Christian People gathered and shut the voice " Moon, Jae-In step down and Cho Kuk in Jail

Shin-Ho Kang, Educator and Elder of Kyung-Dong First Presbyterian church as 4th generation Elder of the Church, whose great grand father received Gospel from Underwood American Presbyterian Missionary said, "Over these two weeks you have seen big protests, mainly from the Christian community, with members of the Roman Catholic and Buddhist community joining us in protest against the failed economic, diplomatic and political policies of Moon Jae-In. They are trying to destroy our system of government and they want to expand the powers of their regime. Cho Kuk is clearly ineligible to hold office as Justice Minister. One just needs to see his family members' involvement in the bribe scandal. They are going against the rule of law. They are planning an elite prosecution unit to wield control over the judicial system...."

These sentiments were echoed by President Yu Dong-Yeol, Korean Institute for Liberal Democracy. "We demand Cho Kuk to step down from the Ministry of Justice because he repeatedly lied to the nation. We want the resignation of President Moon Jae-in. We reject his alliance with Kim Jong-un and his pro-North actions. But President Moon will not accept any of our demands. National Assembly's general election will take place in April 2020. With our victory, we will impeach Moon and force him to step down from office." Mr. Yu continued, "In particular, President Trump should respect the US-Korea alliance. First, our alliance means maximizing the national interests of both countries while sharing values (liberal democracy) and policies. However, it is regretful that Trump views the alliance as a business deal. Second, we must stop praising Kim Jong-un, a ruthless dictator. He totally disregards basic human rights. His fear politics is inhuman. Kim will never denuclearize. We must not fantasize about Kim's intent like Moon does. South Korean people do not believe that Kim is going to denuclearize, and therefore, the Moon government does not represent the people. The U.S. and the international community should view the Moon Jae-in regime separately from the Korean people."

Reverend Sung-Hee Jung, Secretary General of Bright Internet, noted, "Moon Jae-in intends to overthrow the system of free democracy in order to achieve his goals. In other words, he attempted to delete the concept of representative 'free' democracy from the Constitution and remove the word freedom from school textbooks. Meanwhile, he allowed illegal activities by pro-North leftists and imprisoned his political opponents."

Despite the historic protest, President Moon Jae-In dismissed the protests noting only that "deepening opposition" between rival factions is "not desirable," and that the widening political rift is going beyond "productive discussions." Speaking on the possibility of a joint Korean Olympic Games for 2032, Moon Jae-In bragged, "When inter-Korea dialogue was cut off, and the relationship was in a difficult situation, it was sports that opened the door to meetings and dialogue... If the 1988 Seoul Olympics opened the era of harmony between East and West, the 2018 Pyeongchang Winter Olympics opened the era of peace on the Korean Peninsula."

Specifically, Hanbyeon accused President Moon, Minister Cho, and secretary Kang for abuse of power. Further, the organization filed a character defamation suit against Prime Minister Lee. Regarding the suit against President Moon, Hanbyeon accused Moon for his attempt to pressure the Prosecution Office to let up on the ongoing investigation of Cho Kuk. On September 27, Moon has stated, “It’s important to exercise restraint in conducting prosecutorial investigation.” Moon further directed the Prosecution Office to “prepare the plans to become an trustworthy authority in the eyes of the people.” Hanbyeon noted that “President Moon’s statements cause tremendous pressure on the Prosecution Office that is currently investigating Cho Kuk and his family for malfeasance. President Moon illegally crossed the line in exercising his authority and he has to face the legal consequences.”

Regarding Cho Kuk, Hanbyeon charged that “Minister Cho, as someone who is facing numerous suits as a suspect, he called the investigation team serving a search warrant at his home on September 23 and pressured them to speed up the process, thereby abusing his authority.”

Regarding Kang, Hanbyeon charged that Secretary Kang pressured the Prosecution Office on several occasions to “conduct the investigation quietly,” thereby abusing his authority.

The participants of the protests and the hunger strike had much to say to U.S. President Donald Trump and Secretary of State Mike Pompeo.

In a message to White House officials, General Han Sung-Joo said, "Moon should be removed as soon as possible. Especially the leading party leader Lee Hae-Chan publicly said "we will get 260 seats out of 300 at the April 15th general elections next year." Mr. President should know that this is very possible because of totally illegal, false and fake 'voting and votes counting system led by North Korean spies grasped Central Election Management Committee. If 260 seats are secured by the leading party then Korea Constitution will be revised into Socialists Federated North-South Korea Constitution, and finally the Korea-United States Mutual Defense Treaty will be abolished by the Parliament. That will effect President Trump's Reelection at Nov. 3rd 2020. This is a common strategy against USA arranged by Xi and Kim and Moon together..."

Paul Kim added, "The honorable Mr. President Donald Trump, you have to declare Moon Jae-In has been elected as president illegally and through a fraudulant vote. Remove him from his presidency and the regime of Kim jung-Un of North Korea. That is the way to defend the Xi Jinping's Effort Action of Imperialism...."

Ae Ran Lee, noted about the hunger strike taking place, "For the past 8-9 days, South Korean people, mainly Christian people have gathered outside the Blue House. Moon Jae-In has not responded. But we would like the world to know that we are fighting desperately for religious freedom against the threat posed by Kim Jong Un. The North Korean regime is trying to destroy Christianity in the Korean Peninsula and it is trying to impose its socialist doctrine on the people of Korea..."

Furthermore, "We are calling upon American Christian leaders to hear our prayer. Do you hear our cries! We are fighting for South Korean democracy. Do not abandon us!"

According to John Cha of Emeryville, Califronia, "About 1,000 people are camping out in front of the Blue House waiting to see Moon Jae-in. They have been there since the rally on the 3rd. They are predominantly Christians and pray for free Korea through the night. Afterwards, they sleep on the street and wake up at dawn and pray more.... Moon has not responded to the rally, not a word. His cronies are saying that it is an insurrection, or a coup. This group of people promise to remain in place until Moon shows up."

In a message to South Korean President Moon Jae-In, Paul Kim stated, "Moon Jae-In, you have to submit to the Right of Opposition of the people and stepdown from your presidency right now...."

There is much for South Koreans to be angry about. The protest of historic scale took place in the heart of Seoul because of the injustice perpetrated by Cho Kuk and his protector, Moon Jae-in. Moon appears to have lost his handle on the situation. 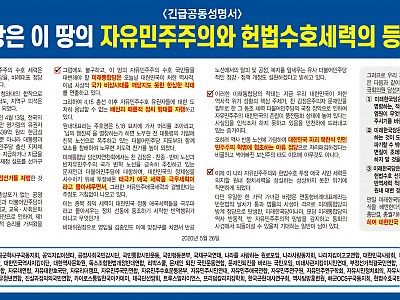 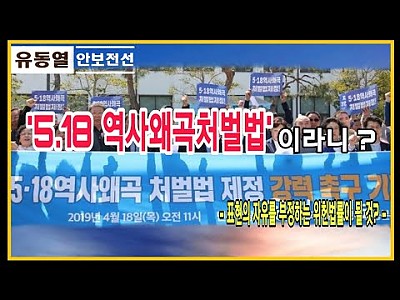 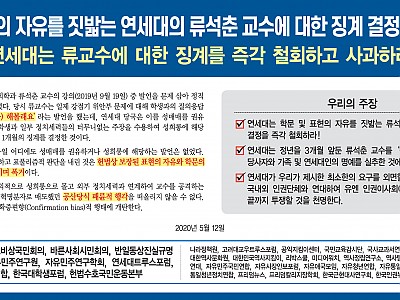